skip to main | skip to sidebar

Yesterday we went to a BBQ with friends.  One of them had just ran a marathon that morning!  I was SO JEALOUS!!!  Actually, when we first moved here I considered training up for it... until I realized it was on a Sunday.  BUMMER cause it would have been SO AWESOME!!  The finisher's medals were SWEET!!  I was TOTALLY living vicariously through him as he talked about it!  Obviously I'm not done running marathons!

But there was a certain someone present that I wanted to punch in the face.  He's in the Army.  He's fit.  He hates running.  He made no bones about it and was sure to tell the runners in the group how stupid they are for loving it and subjecting themselves to running TWENTY SIX point TWO miles {I was the only other one in attendance who had ran a marathon before}.

Now don't get me wrong, not everyone loves running and that is PERFECTLY fine with me.  I don't think any less of a person because they don't run.  But oh boy does it make my blood boil when people put others down because they DO!!!  Are you serious?!  You're really saying someone is STUPID because they love to RUN?!  Since WHEN is running STUPID?  And running 26.2 miles is something to be proud of, NOT something to mock someone about!

He is just jealous and wants to be part of the "In-Crowd" it has nothing to do with him actually feeling that way. If you do one next year let me know, I may just have to join you.

I agree! I'm not a runner by any means, but that doesn't mean that I think you're stupid for wanting to run....just a different kind of "crazy"! =) Keep running girl! I love hearing everyone's stories of running. Even though I know I won't be doing any of that anytime soon, or ever, it boosts my spirits and makes me want to get up and move!

Me, the Man in Camo and our Tater Tots

Well Tip of the Day 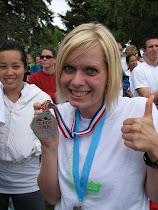 MY goal is to help ME & OTHERS make healthier choices and live a more active lifestyle. If there is something you'd like me to post about, let me know! Thanks for stopping! ♥les 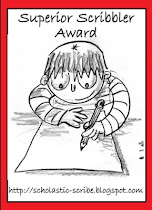 Other Fitness Blogs or Websites

This is what I believe